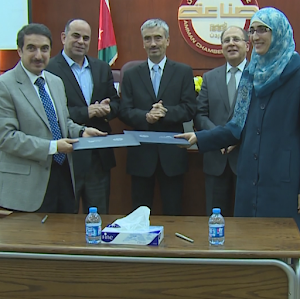 Innovation Culture Consulting Limited (ICCL), the UK and Jordan based change management company, has launched an ambitious new partnership with Amman Chamber of Industry (ACI).
The partnership was officially unveiled at a special reception at the ACI in the Jordanian capital Amman today (WEDNESDAY NOVEMBER 5). The event was held under the patronage of the British Ambassador to Jordan, Mr Peter Millett and Senator Ziyad Humsi, the ACI chairman who were joined by senior business leaders and boards officials.    READ MORE >>